Are we being too quick to embrace technology in education?

Are we being too quick to embrace technology in education?

The education sector has rushed to embrace technology, but for the most part we haven’t stopped to discuss its role in classrooms

Students are being given tablets, schools are teaching coding and standardised tests are delivered online, but Neil Selwyn argues we haven’t thought enough about the potential impact of all this technology on the education system.

We have long moved past worrying whether or not digital technology has a place in education. Schools, colleges and universities are now replete with digital devices, systems and applications.

Many recently developed digital forms of education seem to benefit those who are already well-resourced and well-educated.

A teacher now has to make a conscious effort not to use technology in their classroom—even then it’s likely that students will use their own devices. Outside educational institutions, the ways we find things out and learn on a day-to-day basis usually involves Google, Wikipedia or YouTube.

In short, digital technology now lies at the heart of how information is consumed, how knowledge is created and how people communicate with each other. Digital technology is clearly a key part of what education is in the 21st century.

Yet because of this ubiquity, educational uses of technology tend to escape critical scrutiny and questioning. How digital technologies are being used in education settings is rarely the focus of public concern or political controversy. Most people just presume it’s common-sense for school students to be given an iPad or allowed to ‘bring their own device‘. There is little disquiet that schools are being compelled to teach coding or that national examinations and tests are delivered online.

In fact, educational use of technology only tends to provoke disquiet and disagreement when it’s not being delivered quickly enough. This usually involves commentators outside the education sector contrasting the impact of digital technology in everyday life with the apparent inability or reluctance of educators to follow suit.

Publicity-seeking politicians will occasionally contend that ’19th century’ classrooms have no place in the ‘on demand’ age of Netfix and Uber. Industrialists will bemoan the lack of tech-savvy applicants for jobs. Technology firms will complain that education systems are hidebound by tradition.

These are all valid concerns. The education system clearly isn’t perfect. Far too many students drop out of school. National curricula and prescribed methods of teaching are inflexible and based around ‘one-size-fits-all’ assumptions. Strong arguments can be made that university education is sometimes expensive, elitist and can lack utility and relevance. All told, it’s understandable that digital technologies are welcomed as a solution.

Undoubtedly the past decade has seen some impressive technological advances in education. So-called MOOCs (massive open online courses) now offer low-cost or no-cost university-level education to tens of thousands of people at a time, regardless of their circumstances.

Much excitement surrounds ‘personalised learning’ applications that allow individuals to engage with the types of education that best fit their individual needs and preferences. The past few years has seen the mainstream implementation of ‘learning analytics’ systems that can generate data to model individual students’ learning performance and point to the steps they need to take. Repositories of information like iTunesU, Udemy, Khan Academy and YouTube.Edu allow people to access learning opportunities on an anytime, anyplace, any pace basis.

Yet—as we know from the digitisation of most other areas of society—technological change is rarely that straightforward.

Take, for example, the individualisation of education. One of the central premises of recent advances in digital education is that technologies can allow individual learners to shape their own engagement.

This seems to be a logical extension of how technology users now expect to engage with all services, from television to paying taxes. Yet it is perhaps unwise to see education as just another service that is best provided on a user-driven, self-directed basis.

Sometimes individuals might not be best positioned to choose what they need to learn (‘you don’t know what you don’t know’). Good learning is often a conversation or a dialogue rather than something that can be achieved on your own. Crucially, framing education as an individualised pursuit clashes with the idea of education as a public (rather than private) good. In other words, we all benefit, not just the individual being educated.

For instance, the participation and completion rates of many MOOCs tend to be skewed towards college-educated, high-income young males. These technologies might be effective at increasing levels of education, but that’s not the same thing as increasing access.

There are also concerns over the ongoing virtualisation of education—learning on a remote rather than a face-to-face basis. It might seem appealing to be able to learn at the time and place of one’s choosing, but there is something to be said for learning in the physical presence of others.

Despite recent grumblings, there are clear benefits to having an expert teacher standing at the front of a class and delivering a lecture. There is a qualitative difference between watching a video recording of a class and actually being in the presence of a charismatic speaker. When done well, old fashioned modes of education still have a power that is difficult to capture online.

Perhaps the largest problem with digital education is the expectation that complex social problems can be solved quickly through the innovative application of technology. The allure of the technical fix certainly pervades many of efforts from Silicon Valley entrepreneurs and ed-tech startups who want to ‘disrupt’ education and ‘reboot’ the system.

Education is not a malleable computational system that can be easily debugged or upgraded, however. Nor will throwing billions of dollars at pet educational projects resolve the deep-rooted social problems that limit the success of education systems. Having directed much of his philanthropic energies toward disease eradication and school reform, Bill Gates has been driven to admit that fixing the US education system has turned out to be a much tougher job than combating tuberculosis, polio and malaria.

Concerns such as these need to be taken seriously rather than dismissed as ill-informed Luddism. Questioning the role of technological advances in education is a necessary step towards realising their potential. Emerging forms of digital technology clearly have much to offer.

However, it is inevitable that these technologies will have other consequences, including changes to why we value education. Perhaps the most important issues that underpin the increased use of technology in education are not technical but sociological: ‘What is education for? What forms of education do we want?’

These are concerns that demand the attention of everyone involved in education. Given the importance of education there is a need for proper grown-up debate about complexities and contradictions of technology’s role. Digital technology needs to be seen as the starting point for conversations about the future of education—not as the definitive answer.

Subscribe to Future Tense on iTunes, ABC Radio or your favourite podcasting app. 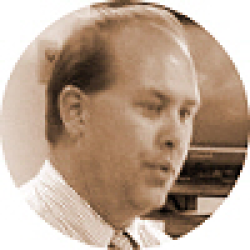