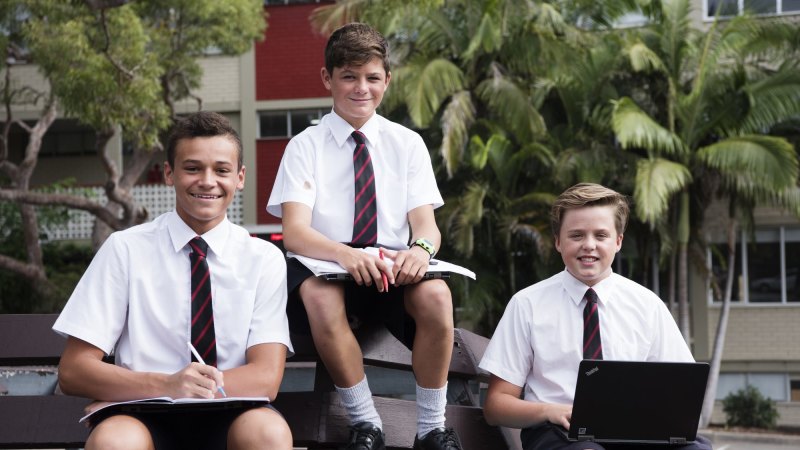 This was published 3 years ago

Private, Catholic and public schools are reducing their reliance on laptops and tablets following a damning international assessment and concerns over the impact of social media on learning.

“The reality is that technology is doing more harm than good in our schools today,” the Organisation for Economic Co-operation and Development’s education chief Andreas Schleicher told world leaders at a global education forum this month.

Last week, John Vallance, the principal of one of Sydney’s most expensive private schools, Sydney Grammar, said that laptops were not necessary in class and that more traditional teaching methods were more effective.

Schools in the Catholic sector are also moving away from laptop centred learning after an OECD report found that countries which have invested heavily in education technology have seen no noticeable improvement in their performances in results for reading, mathematics or science.

Australia has spent $2.4 billion putting laptops in the bags of as many schoolchildren as possible through the Digital Education Revolution of the Rudd and Gillard governments.

“Education is a bit like the stock market, it overshoots.” said St Paul’s Catholic College principal Mark Baker. “Computers have been oversold and there is no evidence that it improve outcomes. Giving out laptops was the educational equivalent of putting pink batts in people’s roofs”.

Mr Baker said every school in NSW has become a Google or an Apple school. “If I put McDonald’s signs all over the school saying McDonald’s was bringing you education, there would be an outcry.”

The Manly school has banned laptops for one day a week in an effort to get pupils out onto the sporting field and away from LCD screens. “If you say that at an education meeting you are branded as an educational dinosaur,” the principal of 17 years told Fairfax Media.

Andreas Schleicher of the OECD is concerned about falling Australian standards.Credit:Jeffrey Glorfeld

Public school Hunters Hill High also has a relaxed approach to laptop based learning, parents say, with students able to opt for textbooks in the classroom and typing up assessments at home, in line with Department of Education policy that allows decisions around technology to be made at a school level.

While laptops have brought a plethora of resources to the fingertips of students, educators remain concerned about their use as tools of distraction.

“The problem is maturity,” Mr Baker said. “They are very good at using technology for social interaction but not for learning.”

A new survey of 1000 young adults has found that 39 per cent obsessively compare their life and achievements to others on social media, according to the Optus Digital Thumbprint program.

Mother of three Katrina Chambers said that removing the technology from parts of the day was about teaching children to switch off.

“They can get really uptight about what everyone else is doing online, my eldest can get a bit agitated,” said Mrs Chambers, who has three boys aged under 14.

“You can tell them they can’t go out but then their Snapchat next day is full of 15 things that they missed out on.”

Mr Baker believes that removing the centrality of the laptop in the classroom might be the first step in getting that balance back.

“Parents expect schools to have the technology,” he said. “The issue is the appropriateness. Anyone who says we should stop using textbooks is peddling dangerous nonsense.”

Education leaders agree: “If we want our children to be smarter than a smartphone then we have to think harder,” Mr Schleicher said.

Eryk Bagshaw is an economics correspondent for The Sydney Morning Herald and The Age, based at Parliament House in Canberra